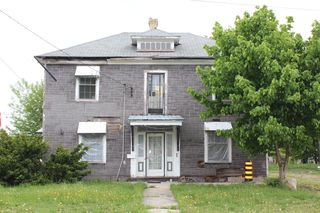 Francis Brown, who in 1855 built the Francis Brown Hotel, the first building in Clifford, resided in this house. He and his wife managed the Hotel. Mr. Brown was a real estate developer and builder. Francis Brown and Charles Allan did much to develop the village of Clifford. In the early days, Clifford was called the Village of Minto.