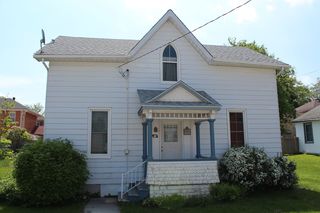 Mr. Gulhuly was one of the early blacksmiths in Harriston. His shop was located on Mill st. near Elizabeth st.